Where music and spirituality meet, with Anie Nunnally 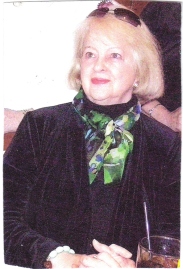 In the summer of 2011 I had the pleasure of participating in the AUM Conference in Lodi, CA. The Conference gathered  many spiritually oriented people who receive inspiration and guidance from the teachings of  Sri Aurobindo and The Mother. For 3 days we all joined in to hear insightful lectures, participate in meditations and workshops, and receive offerings of poems and music.
During the Conference I met Anie Nunnally, President of Sri Aurobindo Center of Los Angeles and accomplished singer.  As we got to know each other I became  extremely curious about Anie’s connection with music and about her spiritual path. Some months later I had the chance to  sing at the beautiful Center in Los Angeles and I asked her to share with us some of her experiences and perspectives on music and spirituality.
Anie’s inclination toward music and spirituality started early in life. Initiated in music by her mother, an accomplished piano player, Anie started to sing at an early age and by the time she was two and a half years old  she was able to sing thirty songs.
At fourteen Anie had her first spiritual awakening through music.:

” I remember one of the first times that I was listening to a piece of classical music when I was about 14  (by this time I was in boarding school and singing in the choir and performing in school musicals) this was when I had the experience of an awakening in the center of my chest.  Something inside me soared upwards with the music and it was a sensation that I had never experienced before. It was like a bird had flown out of the center of my being . It was, of course, an awakening in my psychic being ( The Soul center within humans) to the beauty of the music. So music had become my way to inner openings and a sense of the higher vital had been experienced.” 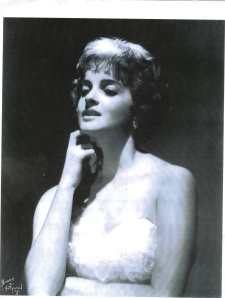 An unusual teenager, Anie Nunnally was classically oriented and developed a successful career in music. She toured for 14 months with Florence Henderson in ‘The Sound of Music’ through United States and Canada in the 60s.

Years later Anie found, in the teachings of Sri Aurobindo & The Mother, her spiritual path. After a successful career in music, she saw herself becoming more and more involved with her inner life through the practice of Integral Yoga. Her husband to be Richard (Narad Eggenberger) was the one who introduced her to this path which ended up taking her to live in the Sri Aurobindo Ashram  close to the spiritual leader Mother Mirra (known as The Mother):

“After a serious auto accident in 1962 Dec. I had a profound experience of the Mother who had brought me back from the portals of death. I had a concussion and went into shock. Head injuries required 30 stitches.  This led to many spiritual experiences and letters to the Mother for guidance on my path. My experience with her (which opened all my chakras, and everything in my centers of energy within, started to spin like wheels)  From that moment I knew that I wanted to live in the ashram and around her Presence and so by Aug. 1969 I was living in the ashram and spent 3 1/2 years there with Her.”

Music and spirituality are intimately intertwined in Anie’s life. As I got in touch with her history I felt curious to hear her perspective on the the relationship between musical and spiritual experiences:

In the Mother’s teachings Anie found guidance to the cultivation of inner life and spiritual growth. She says: “Without music and the Mother having opened my psychic being, and my deep love for music, I may not have chosen my current spiritual path.”

“They are similar in that both can lead to an opening to the gateways and pathways to the Psychic Being – the Soul Center within man that is the individual Spark of the Divine. However, just as there are numerous levels of consciousness (from the darkest to the highest heights) so it is with music. Not all music can lead us to the highest heights. So, it depends upon what type of music one listens to. If music is on a lower level or just ordinary, mundane music it can either conjure up very bad vibrations or keep one on a lower level of consciousness in the lower vital nature. However, beautiful art, poetry and some music of a high quality can take us immediately to higher realms.”

One song that, in Anie’s opinion, carries these higher qualities is the Brazilian song Manhã de Carnaval ( A Day in the life of a Fool). This music, composed by Luiz Bonfá and Antônio Maria, was part of the soundtrack of Black Orpheus, the Oscar winning film responsible for promoting Bossa Nova beyond Brazil at the end of the 50s:

” There is a haunting sense of timelessness to this beautiful song. When I hear it or play it on the piano it touches my heart deeply and conjures up so many of higher human emotions. This music enters deeply into the soul.”

2 Responses to Where music and spirituality meet, with Anie Nunnally